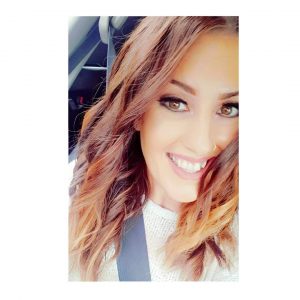 Please introduce yourself and tell us a little bit about your current role. What does a normal day look like for you?

I have recently moved with my boss to the Capability and Strategy Division at the Australian Transaction Reports and Analysis Centre (AUSTRAC) where he is now in the role of Chief Operating Officer. At the moment, I am still getting across my new role. At this stage, I am busy setting up introductory meetings with both internal and external stakeholders and getting across the work of the Division.

The most interesting part of this transition is that neither of us have worked in a Corporate Division, so my biggest challenge is remembering that we are now providing a service and not the client.

How did you come to be an EA? What interested you about the position and what do you like about it now? Do you remember your first day as an EA?

My journey to being an EA started whilst I was looking to move on from my administration role at an elevator company. A friend sent me an email regarding an EA position at Parliament House and without for a second believing I had a chance, I sent my resume through and the next week my EA journey commenced.

What started as just a stop gap while waiting to decide on a career path has turned into a decade of being an Executive Assistant, and I don’t see that changing in the near future.

After Parliament House, I was lucky enough to land an EA role in the Australian Government Crisis Centre, where I was appointed to the Assistant Secretary of the Crisis Coordination Branch when it was situated within the Attorney-General’s Department.

My first day has an Executive Assistant is somewhat of a blur but I do remember second guessing myself and wondering how I was going succeed in a role I did not feel I had the experience for – clearly I was worrying for nothing.

What I like about being an EA is the breadth of work that I am able to undertake and be a part of tasks that would have once been considered not appropriate for an EA. We are fast becoming more valued members of Agencies and Departments and are being given more substantial work.

What is the most interesting thing you’ve been called upon to do as an EA?

I have had many interesting things to do across the Branches and Divisions I have worked in, but the one that always stands out for me is the work of the Australian Government Crisis Coordination Centre. Part of my role was to manage the travel for Emergency Services and Urban Search and Rescue teams during national or international disasters, such as bushfires and cyclones.

Whilst at AUSTRAC I was fortunate enough to be given a role at Egmont Plenary Meeting (a meeting of Financial Intelligence Units from across the world) in Sydney. As an EA, we often manage the logistics for our SES and other staff but never get to experience these events ourselves so I was grateful to have such an opportunity, to see and be part of the conference was a highlight of my career.

I think for me the biggest reward is when a meeting or project you are working on comes together seamlessly. As many of my EA colleagues would be aware, it is rare that big meetings or events go seamlessly so it is satisfying on the rare occasion they do.

I believe the EA role has changed and continues to change as the years progress. I remember when I started as an EA, you were often put in this little admin box that was hard to break out of, but over the years I have noticed that EA’s are quite well relied upon and more often than not, in my experience, valued, not just by their Executives but by all levels of colleagues. We now get called upon for things other than diary, meeting room bookings and travel – we are seen as a vital asset and often the people in the office who can assist when additional support is required. We are also seen as more of a coordination function, and while we have Executive Officers (or Project Officers) our job often involves responsibilities and are seen as being more capable of having responsibilities outside the EA role. For example drafting articles, taking on small projects and being involved in the development of Standard Operating Procedures (SOPs).

What has your experience been of networking/training with other EAs?

Networking is an essential part of being an EA with both internal and external stakeholders.

While networking with external stakeholders can be difficult as you don’t always know who to contact or how to reach in, once you make the first move, you instantly have that network for the next time you need it.

The biggest success I have had with networking is by making the first initial contact by phone and taking the opportunity during the phone call to provide my contact details and introduce myself. If the person is in my vicinity and it is someone I can see myself dealing with regularly, I will often extend and invite for a coffee. I have also had success with making contacts and networks by attending conferences where I can.

Training other EAs has been a bit of mixed bag – you have some who want to sit with you for weeks at a time and others who want you to sit with them for a day. It is important to first ask them what their best learning style is and adapt the training to suit, that way you are not over- or under-training them, you are giving them what they need to get started. If they are the type of EA who learns better on the job, I will give them a crash course and then ask them to come to me if there is anything further I can assist them with. When something different comes up, I will ask them if they want to sit with me while I do it. It is all about finding the right balance. I have also learned that training a new colleague also needs to take into consideration your day job and not impede too much.

What are three items you can’t work without?

Do you have any tips or advice for your fellow EAs?

Integrity is a massive part of the public service or any job but it is also a vital aspect of a successful SES/EA partnership.

Ask for help when you need, there is no such thing as a stupid question if it helps you do your job.