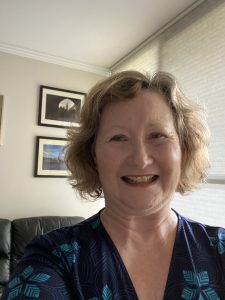 My name is Johnann Boyton and I have been an APS Executive Assistant on and off for 20 years. I first joined in 1987 in the former Department of Employment and Industrial Relations; I currently work in the Department of Industry, Science, Energy and Resources. No matter what different roles I’ve undertaken over this time, being an EA has been my favourite.

What did your first day as an EA look like?

I was very nervous on my first day as an Executive Assistant. Everyone talking in acronyms and me having no idea what they were talking about.  I worked for an Assistant Secretary in the then Department of Industrial Relations. The divisional team of EAs within my division were responsible for deciphering the various editing styles of the authors to edit the drafts of the ‘Government’s Submission to the National Wage Case’. It was quite challenging to edit and read the short forms from the authors and making sure the correct version was being updated. Communication and collaboration was the key to finalising each chapter.

From your first day to now, how has your definition of the EA role changed?

The EA role has changed so much. I actually commenced in the APS as a Typist Grade 2 in the late 1980s, an out-posted role attached to a Word Processing Pool. My initial tasks were very ‘typing’ focussed along with copious amounts of photocopying. While I remember these times fondly, the role I now work in has matured from the typing/word processing role and sees me included in branch discussions.

What do you consider to be the most rewarding aspect of your position as an EA?

Like most EAs I’m very much a people person. If there is anything I can do to make my branch/division colleagues’ lives easier, I’ll do it. Working as a team with my Manager and days running smoothly – bliss.

What do you consider to be the most difficult part of your day?

On occasion, interruption, although, I don’t even mind that!

What skills do you possess that you believe is crucial to your EA role?

I’m very organised and like this reflected in my General Manager’s calendar. I enjoy working as a team and being included in discussions. Ad hoc communication with staff is valuable; plus I like my colleagues to know I’m there for them and sometimes can just listen.

What has your experience been of networking/training with other EAs?

I remember being at the launch of the EXPAND network (showing my age now) and being excited to be part of such an amazing group of people and participating in workshops. In later years, I was a member of this committee and was thrilled to be one of my department’s nominees for Executive Assistant/Personal Assistant of the Year Award.

What is the most interesting thing you’ve been called upon to do as an EA?

I was given the opportunity to work in our Minister’s Office for 4 weeks; on reception and as Office Assistant. The exposure of seeing how the Office is run, how everyone communicates and works with the department but, most of all, being contacted by constituents. Taking calls from the public; that’s an education in itself.

What are 3 items you can’t work without?

OneNote – I use it for everything from meeting notes, to do lists, collaboration tasks.

Task list (in Outlook) – great for keeping on top of due dates.

Calendar – my day is set out with break reminders.

Can you recommend a helpful book, program or podcast that you love?

I attended the launch of the LEAD Executive Assistant Network a couple of weeks ago. Networking is a tool and there is nothing more valuable than talking ideas over a coffee. I’m looking forward to meeting new EAs and attending a workshop here and there.